← back to
Carrier Records
Get fresh music recommendations delivered to your inbox every Friday. 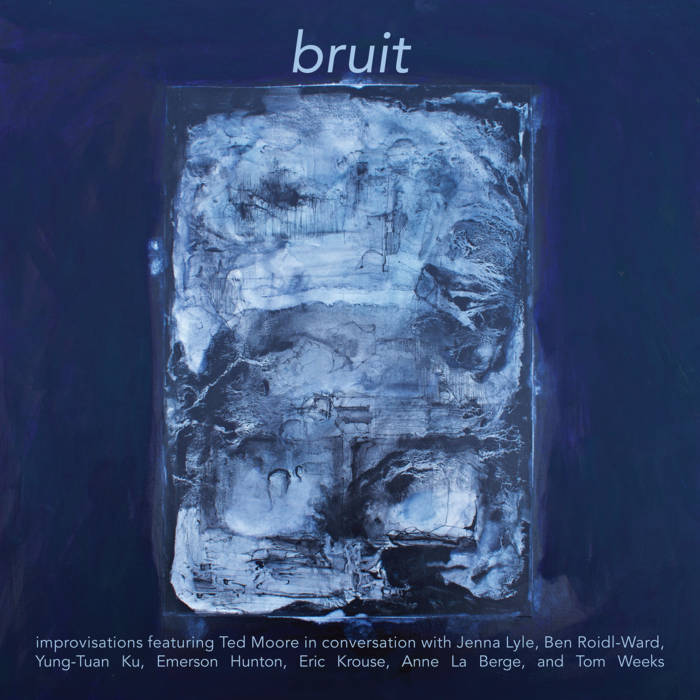 Ted also frequently performs on electronics using his laptop, modular synthesizer systems, resonant physical objects, lighting instruments, and video projection. He has been featured as an installation artist at New York University, Northern Spark Festival (Minneapolis), Studio 300 Festival of Digital Art and Music (Lexington, KY), and St. Paul Public Library. Ted is one half of Binary Canary, a woodwinds-laptop improvisation duo alongside saxophonist Kyle Hutchins. As a theater artist, Ted has worked with many independent companies, notably with Skewed Visions and Umbrella Collective. He has taught in a variety of capacities, including at The Walden School’s Young Musicians Program and Creative Musicians Retreat (Dublin, NH), MacPhail Center for Music (Minneapolis), Slam Academy (Minneapolis), and McNally Smith College of Music (St. Paul).

All tracks are improvised.

Ted Moore is a composer, improviser, intermedia artist, and educator based in Chicago. His work focuses on fusing the sonic, visual, physical, and acoustic aspects of performance and sound, often through the integration of technology.

Currently, Ted is pursuing a PhD in Music Composition at the University of Chicago. ... more

Bandcamp Daily  your guide to the world of Bandcamp

Little Brother joins the show to discuss their beautiful journey, plus tunes from Fat Tony